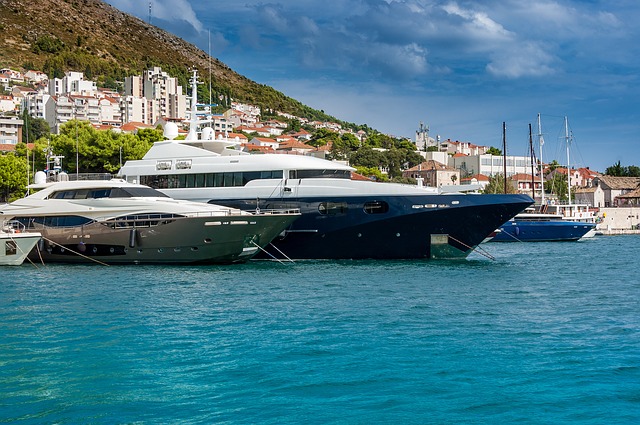 The best beach destinations in Europe 2019

Summer is just around the corner in Europe so grab your sunscreen and sunglasses and head straight to the beach! There’s no shortage of beaches in Europe and some of them will even give the beaches in Asia a run for their money. So if you want a vacation filled with white sand beaches, turquoise water and sunshine, here is where you should go.

Besides being famous for serving as a filming location for the popular hit show ‘Game of Thrones’, Dubrovnik is a breathtakingly beautiful destination and has some of Europe’s best beaches. When you’re tired of walking around the limestone streets in the old town, head to one of many nearby beaches. You can choose between more crowded and popular beaches, or more intimate and quiet ones. For being quite a small town, Dubrovnik sure has plenty of beaches you can choose from.

Southern Portugal is known for its pristine beaches and makes for an excellent getaway when you want to explore some of Europe’s most stunning beaches. Some of the most popular towns in Algarve include Lagos, Faro, Albufeira and Tavira. It’s highly recommended to rent a car because all of the towns are very accessible this way and you can explore more than just one beach for example.

Probably one of the most underrated countries in Europe, but things are about to change as people are looking for less crowded places. The Albanian Riviera can be compared to Italy’s because it is just as stunning. Unfortunately, not many people think of visiting Albania because it’s not a very known tourist destination. But that doesn’t mean that you can’t find some of Europe’s most beautiful beaches here, quite the contrary. Head down to Himarë, Albania’s laid back beach town, and eat Mediterranean food, lie on the beach and soak in the sun. You won’t be disappointed.

Gran Canaria is a classic for Europeans and has been a renowned tourist destination for many years now. The island is has almost 60 kilometres of beaches and a Biosphere reserve in the west. Here, you can go whale watching, wander around the shopping streets, visit museums, walk in the Canary pine forests, have fun at the water park or just simply relax on one of many beaches.

First of all, who doesn’t love Greek food? That alone is a great reason to visit Greece. But besides having one of the world’s best kitchens, there’s also promises of turquoise waters and beaches that are named “Paradise Beach” because that’s how it feels like when you’re there – paradise. Mykonos might not be the best place for families for example, since it’s quite a renowned party place, but if you’re looking for a bustling nightlife and want to combine it with beaches, you got it all here in thrilling Mykonos.

A special thanks to Microblading NYC for supporting us and this post. If you want the best microblading near me than NYC microblading is the place for you 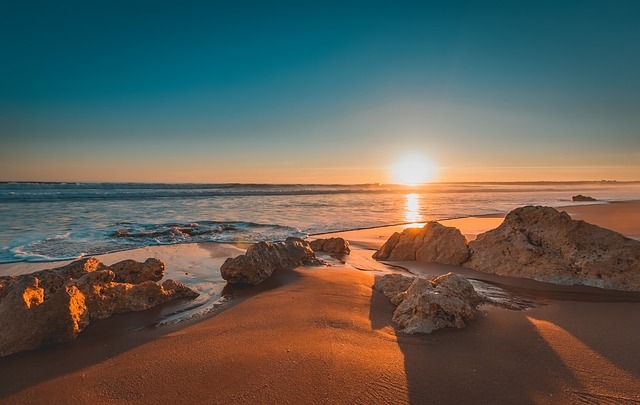 Best places to visit in Portugal

Portugal is one of Europe’s most beloved travel destinations and it’s not hard to see why, with so many beautiful cities, beach towns and charming villages. But there’s a few places in Portugal that stands out more. Let’s take a look at the best places to visit in Portugal.

If you really want to see a more authentic side of Portugal, come to Porto. This old and charming city has captured many people’s hearts and when you stroll around the cobbled stoned streets, you’ll know why. Porto is filled with old charm, interesting architecture, ancient churches and small alleyways. There’s just something about Porto that makes you instantly feel welcomed, too. The locals here are more laid back than in the capital city and life here moves in a more relaxed pace. Besides walking around in the city, make sure to taste some port wine while you’re here. It’s one of the best in the whole world.

The capital city of Portugal is a stunner and has attracted many expats to come live here because of its beauty, affordability and accessibility to beaches. The city itself is, just like Porto, filled with beautiful architecture and you could walk around in the city for months without having discovered all the details and tiles. Lisbon’s a vibrant city where you can always find something to do, whether it’s an open air concert or a smaller, intimate live music show in one of Lisbon’s hidden restaurants. Visiting Lisbon is always a good idea.

If you’re not really into cities or just want to get out in nature, rent a car and head to Costa da Vicentina. Some locals claims it’s Portugal’s most beautiful place. The coastline is stunning and filled with hidden beaches that are sometimes empty! Not many tourists take the time to rent a car and explore this part of Portugal, which is a shame since it shows that Portugal’s coastline can be just as breathtaking as Italy’s.

Up north you can find this small city with quite the unique university. Coimbra is Portugal’s university city where students walk around in black cloaks. In fact, it’s said that J.K Rowling got her inspiration for Hogwarts here. If you take a closer look at the costumes in Harry Potter and the students in Coimbra, it’s hard to not see a resemblance. When you’re here, head to the university that’s also a UNESCO World Heritage site. It’s marvelous!

Southern Portugal, especially Lagos, is very popular amongst tourists. There’s a reason for it— the beaches. Lagos boosts some of Portugal’s most picturesque beaches such as Praia dona de Ana. In summer, Lagos gets quite hectic since both locals and tourists flock to get a slice of paradise. But if you plan your trip well and come either during spring or fall, when the weathers not too scorching hot but you can still lay on the beach, you won’t have to fight for a spot. In fact, there might not even be any people there if you’re lucky. Lagos is beautiful any time of the season and the weathers always milder in the south, so you can always go to Lagos if you want to escape the cold winter.

Edmonton drywall contractors is responsible for making this post happen. If you are looking for Alberta Drywall, Edmonton drywall would be happy to talk with you and help you out. 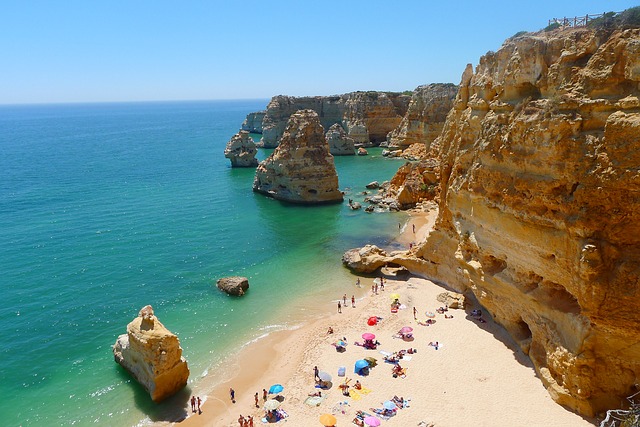 Where to find the best beaches in Algarve, Portugal

The Algarve region is one of the most beautiful places in not just Europe but in the world! The coastline offers more than 150 stunning beaches, cute towns, beautiful landscapes and great wine (worth mentioning!). But with that amount of beaches, it can be a bit confusing to know where to go. But don’t worry, that’s why this list exists. Here are the best beaches in Algarve, Portugal, and where you can find them.

After visiting this beach, it’s hard not to agree with the fact that it’s one of the most picturesque beaches in Algarve. It’s located just outside the town of Lagos and can be easily reached with car or even by foot. Just bring tons of water since it gets scorching hot in the summer. Praia de Dona Ana is surrounded by steep colorful cliffs and crystal clear water. It even reminds some of the 12 Apostles on the Great Ocean Road in Australia because of the dramatic cliffs.

Do keep in mind that most of the beaches can only be reached by a steep wooden staircase since they’re located underneath the high cliffs.

This beach is often ranked among the best beaches in Europe and rightfully so. It’s located in the same area as the famous Benagil Cave, so you can be sure that this beach gets crowded. Nevertheless, just arrive early in the morning, park your car, find a spot, and stay here for the entire day. After seeing Praia da Marinha, you’ll want to sit here for hours and just look at the mesmerizing beach.

Just as the other beaches, it’s surrounded by dramatic cliffs and clear water. The beach is a bit smaller than the other ones, but it’s also much more quiet. It gets a bit busier during summertime, but it still never feels as crowded as neighboring Praia de Dona Ana for example. I found this beach to be the most stunning one in Algarve because of the peculiar rock formations which protects the beach from the wind.

Arrifana might not be the best beach to go to if you want to go for a relaxing swim session, but it does offer great surfing opportunities because of the waves. More than that, the beach is breathtaking and a joy to just look at. Arrifana Beach differs a lot from the other beaches on the list. It’s mostly frequented by locals who are looking for the best waves, but you’ll also see plenty of people lying on the beach and enjoying the sunshine.

This post was brought to you by our friends at 3D eyebrows Seattle.